How to clean your basement after a flood? 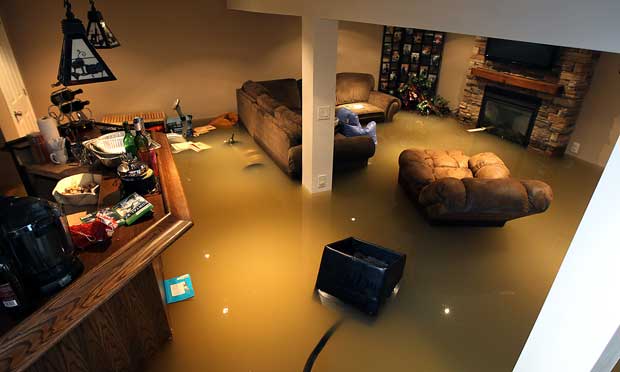 After a flood, the task of basement cleanup is always considered as the most dreaded one.

However, it is important to get started as soon as possible because it is not only effective but also relevant from a health standpoint.

After you are assured that the flooding is settled, now it is time to begin thinking about the cleanup procedure.

There are a lot of hazards coming up with the cleanup process of a flooded basement, such as gas leaks, electric shock, structural damage, and raw sewage.

Irrespective of the amount of water in the basement, flooding can cause serious safety and health risks for you as well as your family and that is why they should be taken care of as soon as possible.

Wear protective clothing, like rubber boots, overalls, and gloves. In case sewage water was involved, do not forget to wear face masks as well as protective eyeglasses for safeguarding yourself from dangerous gases.

Remove all the furniture as well as other basement objects which were destroyed by the floodwater. Take all of them outside and then clean the salvageable items. However, most things must be thrown away in case they were in contact with contaminated water.

Now the basement must be empty and that is why you should remove all the basement carpet. Tear out all the paneling or sheetrock damaged by the floodwater.

Disinfect as well as sanitize

Thoroughly disinfect as well as sanitize the entire basement and any articles that you are attempting to save. Be careful while working with the bleach as well as other cleaning supplies as basements generally have the problem of poor ventilation and also, the fumes can turn out to be dangerous.

In case you are searching for an organization to supervise the entire procedure beginning to end, get the help of restoration experts and enjoy peace of mind in terms of managing the flooded basement situation.

The best choice for restoration and cleaning services in the Chicago area.